The focus for this week’s project is on images that are past their best or in need of a little care and attention.

It’s so good to be back at Sepia Saturday. I’ve missed not only sharing — but also viewing — the images of times past that are the heart and soul of this blog. I’ve been learning more about blogging, brushing up on my documentation techniques, learning new software, viewing webinars, general housekeeping that comes with blogging. But I simply must make time to participate in this venture. Most of the entries (mine included) are genealogy-related. But I really enjoy viewing and sharing images that are “outside of the box” so to speak. They’re the images that afford genealogists a break from the mundane pedigrees, family group sheets, biologies, etc. It’s just a welcome end to a week that may have included intense research, reading, studying, etc.

I see I missed a good one last week. But, true to the Sepia Saturday scheme of things, being the opportunist that I am, I think I can segue what could’ve been an SS 277 entry into SS 278. Watch and learn. Yes, I had to strike that as well because I know y’all do it too. I think I’ll limit my images to two portraits and two snapshots.

This is a faded portrait of my Daddy, William Emmet PALMER, in his high school lettermen’s (football) sweater. Circa 1930, Gary, Indiana. Original in possession of author.

I’ll go ahead and lead off with the aforementioned missed entry. It’s a faded portrait of my Daddy, William Emmet PALMER, in his high school lettermen’s (football) sweater. Because I graduated from his alma mater (Roosevelt High School &
Indiana) , I know the “R” on the front of the sweater was gold. So, even though the photograph is sepia, in my mind’s eye, it’s grey and gold. Long live the black and gold. Panther Pride!! 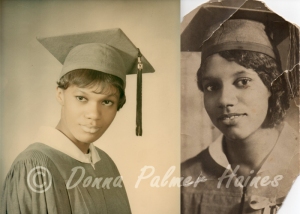 This is a composite of my mother’s and my graduation photos. We both graduated from Roosevelt High School in Gary, Indiana in 1931 and 1967 respectively.

My second portrait is actually a two-fer because I’ve created a collage of my Mom’s and my graduation photos. Three corners of hers are missing. I think they got folded and ultimately became separated from the photo. The fading of my portrait began lonnnnng ago. In fact I recall being disappointed when I opened the envelope from the photographer. It was developed much lighter than I was expecting. I was looking for a full-color photo. Despite his development process, it has stood the test of time for the most part.

For the snapshots — wow there are so many in need of a little care and attention. Okay, I’ll go with this snapshot of my Mom, Floretta Violet MABLE, and all her siblings circa 1970 (based on my uncles’ afro hairstyles). The composition was the eight of them in the same positions they were in for a photo they took as children (circa 1935). I came up with that year because my mother (the oldest, born in 1915) was a teen or young adult in the photo and my youngest uncle (born circa 1933) was a toddler in knee pants. It’s so cute. I’ll have to get it from Jay. No doubt you’ll recognize that it’s a Polaroid. We all have more than a fair share of specimens from this genre of photography.

This is a snapshot of my Mom, Floretta Violet MABLE, and all her siblings circa 1960. The composition was the eight of them in the same positions they were in for a photo they took as children (circa 1935) The ninth person is a grandchild that raised with them as a sibling. The original is in possession of my cousin, Jay Evans of Gary.

Oh, and I also wanted to mention that there are some generous members of facebook groups who share their talents by offering to restore photos for other members. One randomly calls for photos in need of restoration then posts before and after images of his work. It’s really quite remarkable. I haven’t availed myself of his generosity yet; but I have a few potential projects for him.

Welp! That’s my offering for this week’s theme. Any genealogist worth his salt is bound to have similar misfortunes among his photo archives. I’ll be watching for yours. And don’t be surprised if some of your older posts get revived by my comments. I have no shame; and will take some time to go back and see what I’ve missed. Have a great week! 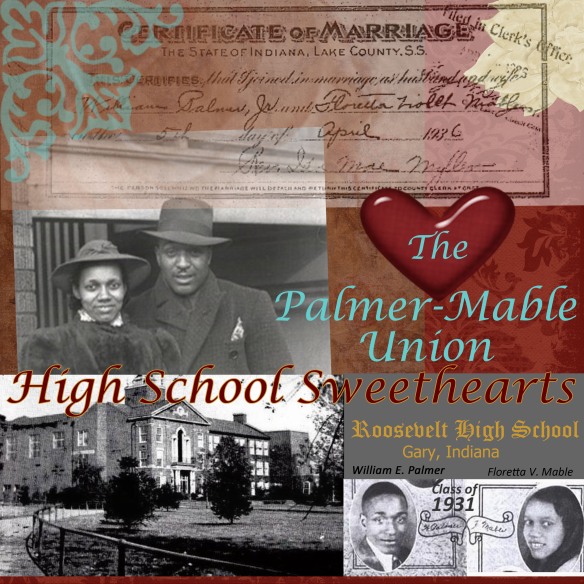 My Sepia Saturday post for this week is about the couple who demonstrated everything I needed to know about love and marriage. My boyfriends had to be assertive yet still need my input. The man I married reminded me so much of my father . . . at first — stern, loving, soft-spoken. Anyway, it was my mother’s example I followed to care for him during his lengthy illness.

He called her, Sugar — sometimes, Momma. She called him, Daddy. I heard other adults address my parents as, Bill and Floretta (pronounced, “Florita”) or Flo. But I can’t recall one time when they called one another by their names around us. I wonder if it was to demonstrate to us what we were to call them?

My Daddy was a steelworker — working “swing shifts” at US Steel. When he worked midnights, we had to be extra quiet because he slept during the day. He wore plaid shirts and, for some reason, a belt and suspenders. And, as the photo shows — that man could wear a hat! Dobbs felt in the winter, straw in the summer. I even have a high school photo of him with a lettermen’s sweater and a “Big Apple” cocked ever so slightly to one side. Yeah, my Daddy was a “Dapper Dan.”

Momma was a school secretary, then a medical transcriptionist. She still managed to put full meals on the table every evening and listen to our bedtime prayers. Then we were up and out the next morning; and she always looked like she’d just stepped out of a McCall’s magazine ad. From an early age, I’ve been constantly reminded about how much I favor her. Our facial resemblance is unbelievable. And she was neat, petite, and sweeter than sweet.

While we found our parents’ spontaneous lip or cheek pecks entertaining, we were also being taught how to appropriately display affection. And there was nothing weird about it. They just loved one another and weren’t ashamed to show it. They both served as usher and choir member, respectively, at St. Timothy Community Church. And they brought us up in the fear and admonition of the Lord. My parents were married for 34 years before my father’s untimely death at age 59. I was only 20 years old. Momma remained with us for 20 years after; and did not remarry.

We used to love leafing though those photo albums with the heavy black pages and their high school yearbook. That’s where these pictures are from. I don’t have the albums — just a few pictures from them. I, obviously, have much more to share about my parents. But I tried to keep the focus on “love” for this week’s post. When I get into their individual bios, you’ll get to know them better. Happy Valentine’s Day!

See how other Sepians have been inspired.

The official launch day for this blog is tomorrow, February 1. But when I saw this week’s Sepia Saturday theme, I jumped the gun. I knew right away which photo I wanted to feature. This is not it; but it is an aerial view of US Steel – Gary Works. The photo I had in mind includes a span of the dock along the Lake Michigan shoreline; but, this photo actually captures more of “the mill” itself — with Lake Michigan in the background.

I was glad to read in the guidelines that photos don’t actually have to be sepia. I don’t know if this photo was shot with a filter. Being from the area, I can attest to the fact that no filter would have been needed to achieve the purplish hue — only the right time of day or weather conditions. As a matter of fact, just reading back over the previous sentence reminds me of the first line in our school hymn: “‘mid sand dunes and purple-hued skies, a temple of knowledge there lies, enhanced by nature and soft dove cries — Roosevelt dearly loved.” Imagine. A sepia-toned photo would have robbed you of that tidbit.

I was raised in this steel town; and have seen many photos of the mill that enabled my Daddy to feed, clothe, and provide for us. This one is now etched in my memory alongside the one along the shoreline.

And a big “thank you” to the Sepia Saturday brand, for providing me with a way to “add flavor” to my February 1 launch!

See what others posted for this Sepia Saturday

HOW TO NAVIGATE THIS SITE 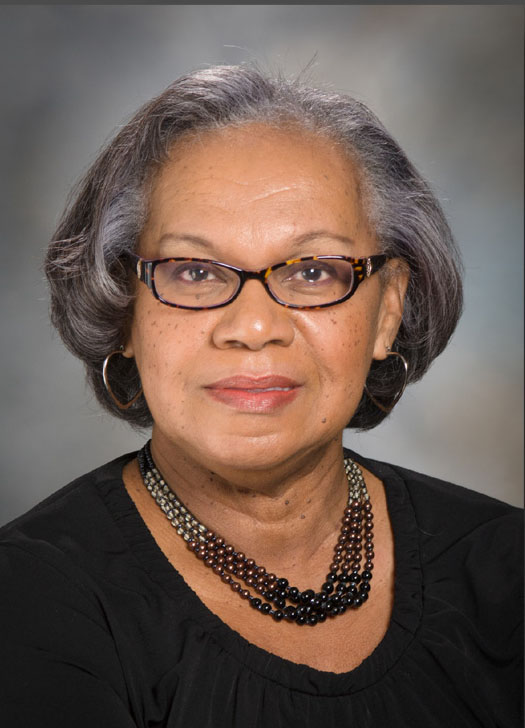 Hi. I'm Donna Palmer Haines -- born and raised in Gary, Indiana. Welcome to my slave ancestry (and beyond) journey. I began my research in the late 1990's blessed with the fortune of having access to the Clayton Center for Genealogical Research. It was there that I first learned to search the US Census.

Up to now, my focus has been on the SSDI, US Census, and vital documents -- with a splash of serendipity. I look forward to advancing my research to the probate records. I know there's a wealth of information that will give me a closer look into the lives of my ancestors, the families who owned them, and how the relationships came to be.

I hope you will find my posts helpful and of interest. I certainly look forward to learning from you.

Promote Your Page Too

Books I Want to Own